For thirty-five years Gerry Miller taught English and English literature as teacher, Head of English Studies and Senior Master in one of the largest pre-university colleges in Northern Ireland. He was also responsible for international exchanges and affairs, and for the development of a range of cross-community projects designed to promote reconciliation and understanding among young people.

He encouraged and organised links across the cultural and religious divides which were responsible for one of the most turbulent periods in the history of Northern Ireland. Gerry was awarded a fellowship to engage in educational research in Australasia, was a founder committee member of the Northern Ireland Council of Christians and Jews and a member of the executive of The Peace People – founded by Nobel Peace Laureate Mairead Corrigan Maguire.

His academic credentials include degrees and awards in English Literature and Ecumenics. He has lectured extensively in Denmark, Hungary, Italy and Norway as well as Australia, India and north America, offering a unique collection of lectures and talks about the island of Ireland, based upon a lifetime’s experience of its culture and communities.

An award winning poet, his publications include three collection of poems:

as well as resource material on:
The Story of Sunniva, and The Magic of William Butler Yeats; ‘An Irish Journal’- a series of Irish Factfiles on ten thousand years of Irish History, Culture, Lifestyles, Symbols, Myths and Legends, Labels, Music, Folkdance,‘The Troubles’, Ceasefires and Peace, Education, People, the ‘Titanic’, ‘The United Kingdom and Devolution’. 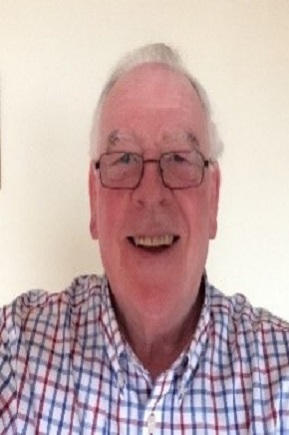