Robert Etty was born in Lincolnshire, where he still lives. He is married and has a son and a daughter. For thirty-three years he worked as a teacher at a secondary school in Louth.

His poems were first published in literary magazines in 1985, and they have appeared frequently in print and online since then. The landscape, towns, villages and people of Lincolnshire provide the usual starting point for his writing. He has given readings and taken part in various literary events in the county (and further afield), and is a founding member of the Nunsthorpe Poetry Group, which has met in and near Grimsby since 2008. 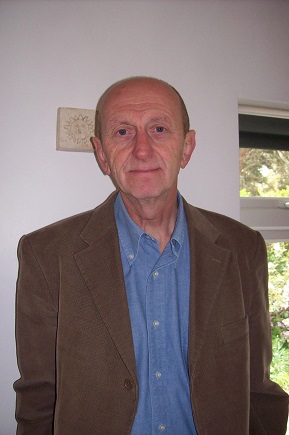 There are three bridges on Four Bridges Road.
You drive between one bridge’s steel parapets
as you leave the substation behind.
The second’s a brick humpback half a mile on,
over a stream they’ve been clearing.
Soon after this you change down
for the third, a humpback again near the post box,
where bulrushes chafe in the wind. Another,
the fourth, is looked for sometimes
by drivers who think names need explanations
and couldn’t rest if they left without one.

Four Bridges Road has a bridge too few –
unless, on a map no one bothered to keep,
a watercourse bridged by the road was marked (Piped)
and it’s crossed a hundred times a day by tractors,
lost plumbers, mothers with troubles, and pheasants
indulging a death-wish. That was the other side,
this is this, and neither’s been letting on.
It’s one of those roads that take you the distance
under false pretences. You count three bridges
over three streams to the sign at the end
that points out you shouldn’t be certain.

From Passing the Story Down the Line, Shoestring Press, 2017.