Peter Ryde grew up in London but has lived in South Lincolnshire since 1960. For more than twenty-five years he taught History at Spalding Grammar School (and also letterpress printing, which had been a profitable hobby since early boyhood.) In 1986 poor health obliged him to take early retirement. Thereafter, he founded and ran the Lincolnshire Film Archive, locating and conserving motion picture film showing life and work in the county. He continues to supervise the Archive, though much of its work is now undertaken by others.
Throughout the 1960s and 70s he was an independent producer of award-winning short films, many of which were chosen to represent the UK at international festivals. He was also a frequent contributor to magazines and technical journals on matters relating to cine photography and sound recording.
Writing has been important to him for as long as he can remember. He won a children’s short story competition at the age of eleven and continued writing stories throughout his teens. In his early twenties he even wrote a novel, of which, happily, not a trace survives. He then abandoned fiction for many years, only taking it up again following his retirement from teaching. At this relatively late stage he also began writing poetry and light verse. He often finds that poems and stories simply insist on being written. They are, he says, like children locked inside a cupboard who keep kicking the door till you let them out: and just when you think all’s quiet, along comes another. 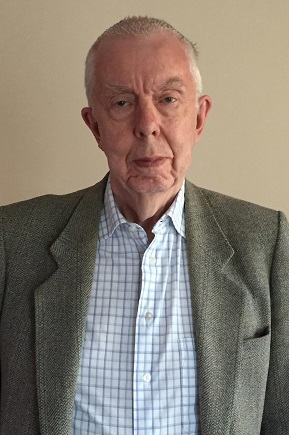 
I’m going to tell you about
My Operation
Don’t interrupt.
Your own experiences
Are not of the slightest interest.
My case is being discussed
In medical journals,
So to put it bluntly
You’re not in the same league.

I shall give you particulars
From the moment
I felt no pain.
You will then be expected to study
The part removed in its
Glass jar on the mantelpiece,
For the specialists
Freely admitted
They’d never seen anything like it.